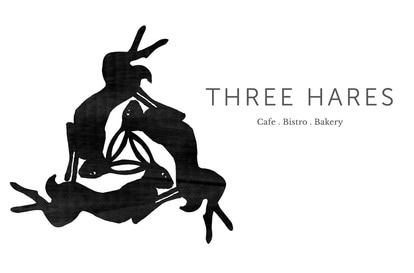 A fantastic seasonal, locally sourced ‘Field to Fork’ & ‘Nose to Tail’ Bistro & Bakery in Sedbergh. Located in the heart of the Yorkshire Dales, at the foot of the Howgills.
​
Three Hares Bistro & Bakery, prides itself on their style of cooking, influenced by James’ upbringing in the local area. They love to create wonderful foods with  Wild Foods and Game, and are heavily influenced by Nina’s background ​of growing up in Germany ​with Japanese parents.

Nina’s baking is influenced by her time at a bakers in Dusseldorf, where bakeries still have a 100 varieties of bread from Dark Rye through to White Sourdough with 200 year old Sourdough Starters. After moving to the UK, she worked with several of the ‘New Wave’ bakers in the North of England which has led to a mix of the two cultures in her own baking. This can also be seen in Nina’s Cakes and Pastries which range from Traditional Scones, Teacakes, Victoria Sponges to Continental influenced Cinnamon Swirls, Red Wine & Chocolate Cake and Pear & Cinnamon.

Sedbergh could be considered a little hidden gem on the edge of the Yorkshire Dales, close to Kendal the gateway to the Lakes. Some might say a ‘thinking man’s Lake District’. The town is dominated by the Howgills Fell, a unique landscape unto itself with elements of both the rest of the Yorkshire Dales and the Lake District. The area holds some considerably good quality produce for anyone with a passion for cooking.

Get Directions to this Venue

Available for group bookings some evenings…